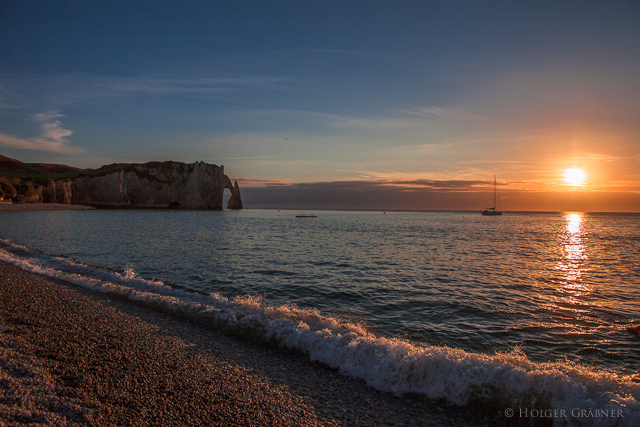 Than I decided to go another way. I took the first shot ( -2 1/2 f-stops ) which was really dark, especially in the rocks area. But the sun was not that big and did not completely overwhelm the right area. Nevertheless the possible modification range of lightroom has to be used to get the image out of the darkness.

As you can see, the darkness slider is pushed up to +100, the lights slides goes down to -100. Also the gradation curve looks a bit strange. But if it helps, break the rules...

Other modifications were done in the color section:

So in same cases, it is possible to get unbelievable result out of under exposed shots which you maybe saw already in the bin....
Of course that's not always like this, especially if it is over exposed it is hardly possible to get back a normal shot. That's why I tend to under expose in difficult ligthing situations.
Best way is to do several shots with different exposure and take the best one or combine these shots later on.

have a nice day
HG
posted by Unknown at 19:23 Keine Kommentare: